The Egyptian Book of The Dead - Ebook And Useful Educational Links 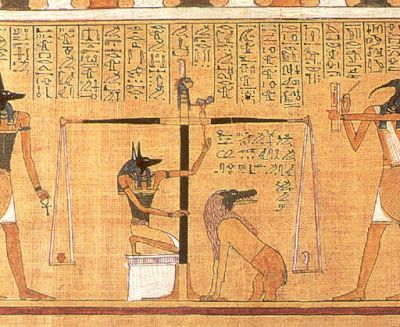 This detail scene, from the Papyrus of Hunefer (c. 1275 BCE), shows the scribe Hunefer's heart being weighed on the scale of Maat against the feather of truth, by the jackal-headed Anubis. The ibis-headed Thoth, scribe of the gods, records the result. If his heart equals exactly the weight of the feather, Hunefer is allowed to pass into the afterlife. If not, he is eaten by the waiting chimeric devouring creature Ammit composed of the deadly crocodile, lion, and hippopotamus. Vignettes such as these were a common illustration in Egyptian books of the dead.

From Wikipedia: The Book of the Dead is an ancient Egyptian funerary text, used from the beginning of the New Kingdom (around 1550 BCE) to around 50 BCE.[1] The original Egyptian name for the text, transliterated rw nw prt m hrw[2] is translated as Book of Coming Forth by Day.[3] Another translation would be Book of emerging forth into the Light. "Book" is the closest term to describe the loose collection of texts[4] consisting of a number of magic spells intended to assist a dead person's journey through the Duat, or underworld, and into the afterlife and written by many priests over a period of about 1000 years.


EGYPTIAN BOOK OF THE DEAD (EBOOK)

Book of the Dead -- Wikiquote


VIDEOS ON THE EGYPTIAN BOOK OF THE DEAD

Editor's Note: As a Sopranos fan, I found this interesting .... James Gandolfini 'read Egyptian Book of the Dead' hours before dying from massive heart attack (Daily Mail).
Posted by Bookyards Editor at 9:09 AM 5 comments:

Email ThisBlogThis!Share to TwitterShare to FacebookShare to Pinterest
Labels: Ancient Era, Egyptian Book Of The Dead

Ebooks By Homer: The Illiad And The Odyssey 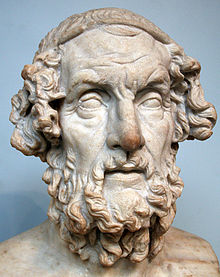 Idealized portrayal of Homer dating to the Hellenistic period. British Museum. Wikipedia
From Wikipedia: Homer (Ancient Greek: Ὅμηρος [hómɛːros], Hómēros) is best known as the author of the Iliad and the Odyssey. He was believed by the ancient Greeks to have been the first and greatest of the epic poets. Author of the first known literature of Europe, he is central to the Western canon.

Email ThisBlogThis!Share to TwitterShare to FacebookShare to Pinterest
Labels: Homer, The Illiad, The Odyssey 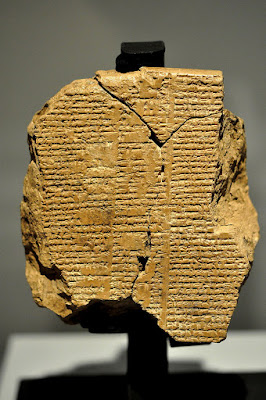 
VIDEOS ON THE EPIC OF GILGAMESH
The Epic of Gilgamesh Lecture -- WatchKnowLearn
Posted by Bookyards Editor at 6:01 AM 2 comments: