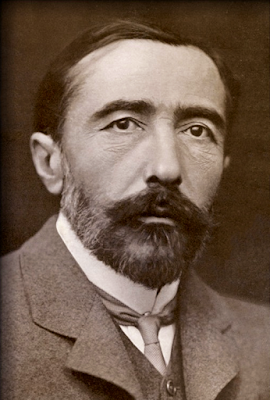 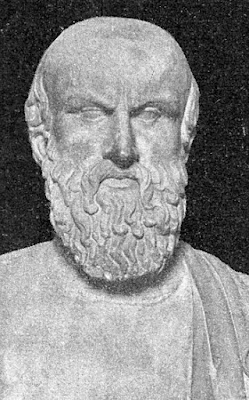 Bust of Aeschylus from the Capitoline Museums, Rome. Wikipedia
From Wikipedia: Aeschylus (c. 525/524 – c. 456/455 BC) was an ancient Greek tragedian. His plays, alongside those of Sophocles and Euripides, are the only works of Classical Greek literature to have survived. He is often described as the father of tragedy: critics' and scholars' knowledge of the genre begins with his work, and understanding of earlier tragedies is largely based on inferences from his surviving plays. According to Aristotle, he expanded the number of characters in theater to allow conflict among them, whereas characters previously had interacted only with the chorus.

Only seven of his estimated seventy to ninety plays have survived, and there is a longstanding debate regarding his authorship of one of these plays, Prometheus Bound, which some believe his son Euphorion actually wrote. Fragments of some other plays have survived in quotes and more continue to be discovered on Egyptian papyrus, often giving us surprising insights into his work.[6] He was probably the first dramatist to present plays as a trilogy; his Oresteia is the only ancient example of the form to have survived.[7] At least one of his plays was influenced by the Persians' second invasion of Greece (480–479 BC). This work, The Persians, is the only surviving classical Greek tragedy concerned with contemporary events (very few of that kind were ever written),[8] and a useful source of information about its period. The significance of war in Ancient Greek culture was so great that Aeschylus' epitaph commemorates his participation in the Greek victory at Marathon while making no mention of his success as a playwright. Despite this, Aeschylus' work – particularly the Oresteia – is acclaimed by today's literary academics.